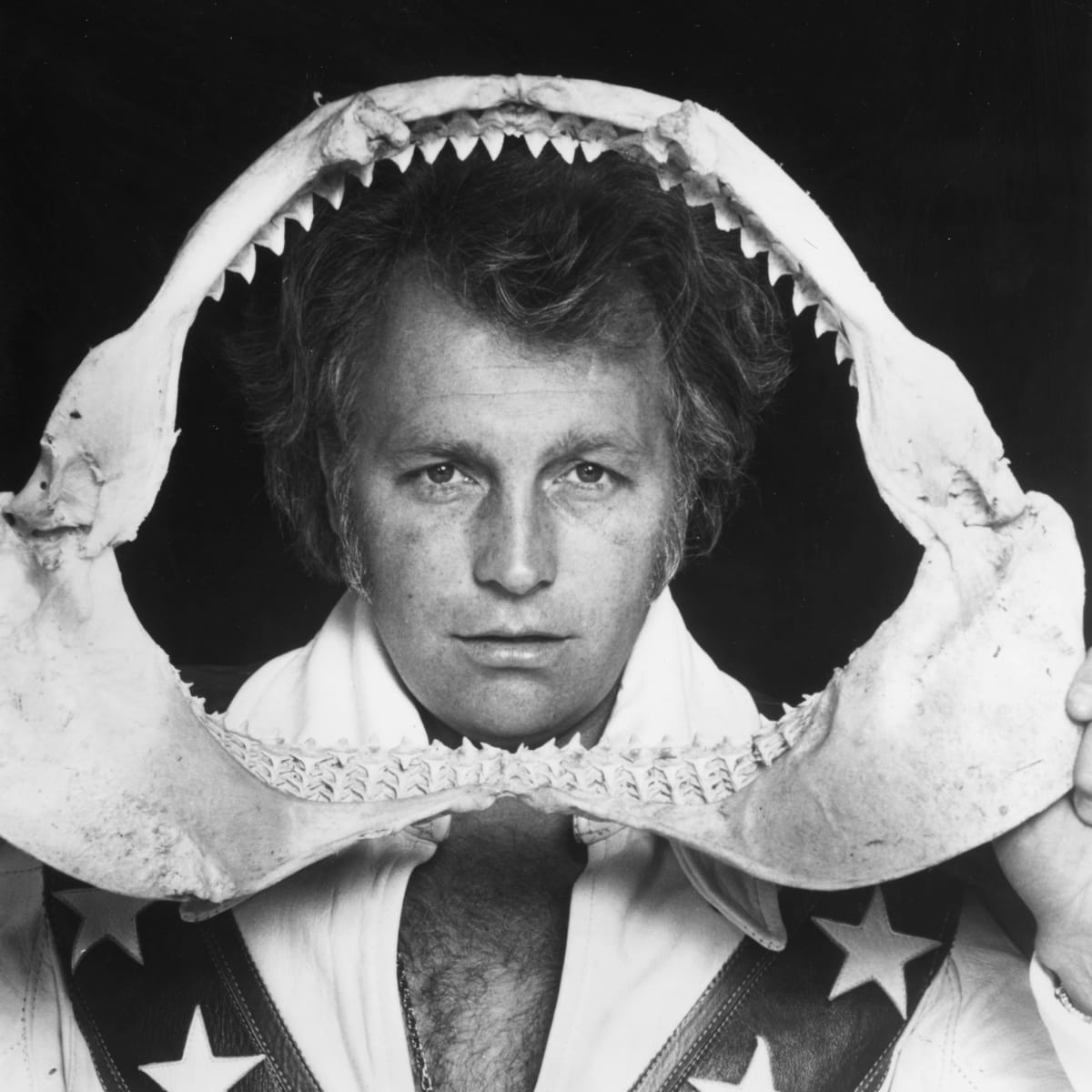 Evel Knievel was an American stuntman and performer that knew how to put on a show. Throughout his career, he attempted over 75 ramp-to-ramp motorcycle jumps and was even inducted into the Motorcycle Hall of Fame in 1999.

Evel Knievel was born Robert Graig Knievel on October 17, 1938. He was the first of two children born to Robert and Ann Marie Knievel. Unfortunately, the couple split up after Evel’s brother was born, leaving the two boys to be raised by their grandparents in Butte, Montana.

Knievel got his first taste of stunt work at the age of 8 while at the Joi Chitwood auto daredevil show. His interest grew, and by 13, he was riding a motorcycle and showing off on it.

Not surprisingly, Evel Knievel spent his early life pushing limits and found himself in jail. It was there that he got his iconic name, Evel Knievel.

Knievel built his stunt career from the ground up. He rented venues, promoted the show, sold tickets, and acted as his own master of ceremonies. His first production was an unsuccessful jump over two mountain lions and a 20-foot box of rattlesnakes, during which he landed in the snake box.

His popularity grew, and eventually, Evel Knievel was one of the most popular performers and began earning $25,000 a jump. While some believe his record was jumping 22 cars, others insist it was actually only 21.

Not surprisingly, Knievel suffered a number of injuries throughout his career. His worst crash happened when he attempted to jump the fountains at Caesars Palace. He broke his hip, pelvis, multiple ribs and was in a coma for 29 days.

Despite his daredevil tactics and his over-the-top lifestyle and spending habits, Knievel was a man of values. Before his stunts, he would give an anti-drug message to the audience and even spoke openly against Hells Angels because of their involvement in drugs. He also advocated for helmets and offered audiences a cash prize if anyone ever saw him perform a stunt without one.

As a result of all of his injuries, Evel Knievel contracted Hepatitis C from one of his many blood transfusions. In February 1999, his liver was failing, and he was told he had only days to live as a donor was not found. Knievel accepted this fate and chose to die in his home. However, as he was driving home, he received a phone call from the hospital saying another young motorcycle driver had just died and was the exact match. Thus, Knievel lived eight more years until he finally succumbed to pulmonary disease on November 30, 2007, at the age of 69.