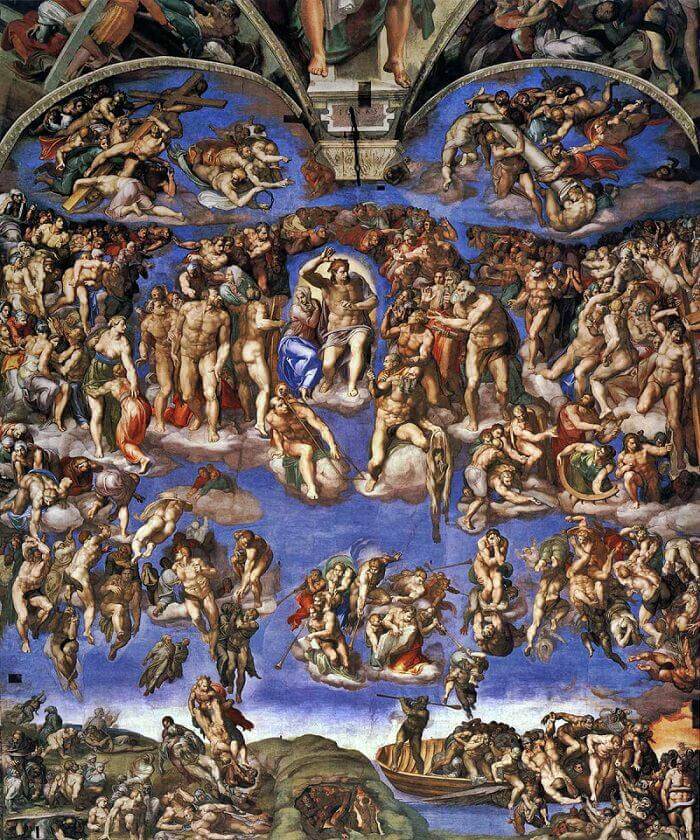 In 1503 Pope Julius II commissioned Michelangelo to repaint the altar wall of the Sistine Chapel in Rome; however, he did not live to see the finished work. On October 31, 1541, Pope Paul III and Emperor Charles V attended a ceremony unveiling Michelangelo’s newly completed “The Last Judgment.”

The painting depicts Jesus Christ with his palm extended, separating the saved from the damned. It had about 300 figures of men and angels, most of whom were nude. The painting received praise and criticism in equal measure, with some saying the artist had no respect for the church or morality. Some even said it was a sin to look at the painting.

The painting was inspired by Dante’s The Divine Comedy, especially Hell and Purgatory. It was painted over four years, showing the progression of time more clearly on Michelangelo’s aging body.

The painting has been subject to many interpretations over time. Some have seen it as a depiction of God’s wrath or justice upon man for his sins, but in the Sistine Chapel, it’s a depiction of God giving man both judgment and redemption.

Mannerist painter Daniele da Volterra, who later earned the name “Il Braghettone” (the breeches maker because he was commissioned to paint loincloths on some nudes), painted clothes over some of the more offensive parts around 1564 when Michelangelo died. Volterra was an avid admirer of Michelangelo and a close friend. At first, he was against the idea, but his patron threatened to ban him from Rome if he did not follow through. The painting has been restored several times and endured restorations, such as wiring for electricity and smoke damage.5