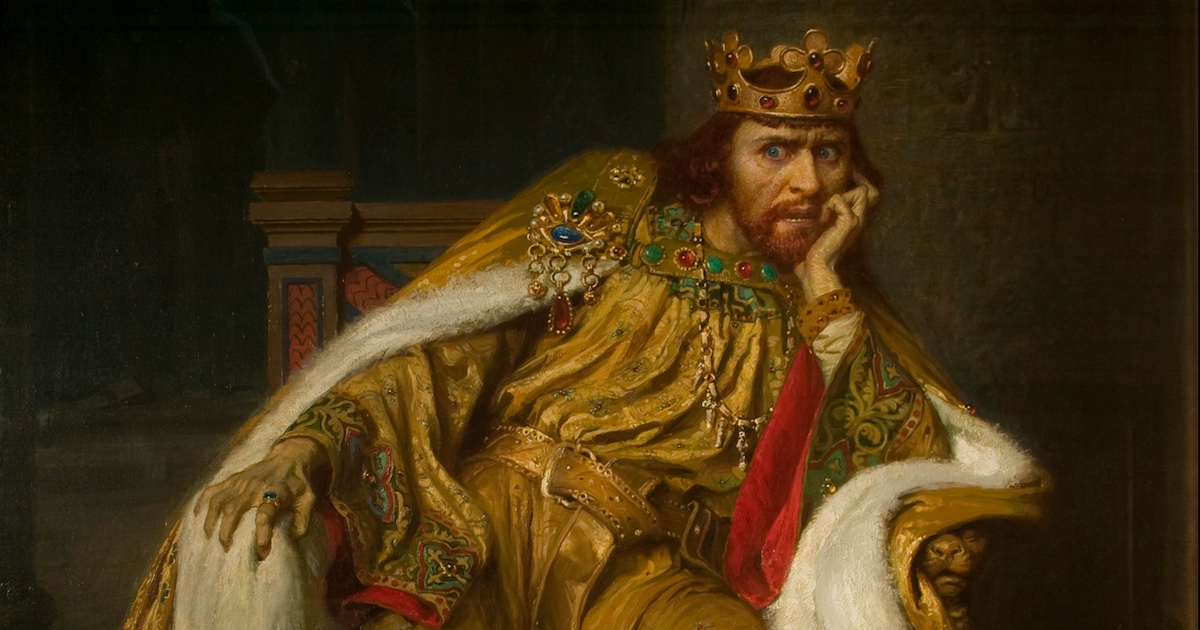 Born on 24 December 1166, King John lived his life doing his best to make England great. King John, however, died on 19 October 1216 while in the position of leadership.

King John is the child of Henry II of England and Eleanor of Aquitaine. He began ruling as the King of England from 6 April 1199 until the time of his death.

He became the King of England when his brother Richard 1 (Richard the Lionheart) died. King John’s time in power was characterized by many disputes between John, the barons, and the bishops. The conflicts made the nobles forced King John to honor the Magna Carta agreement to limit his power. The Magna Carta was a valued legal document in English history. It is notably the first English bill of rights. Magna Carta brought awakening among the nobles and gave them more say in government. Magna Carta made it clear that the rights of the monarchs were limited, so they had to follow specific laws. Magna Carta not only inspired the English government but other governments too.

The reign of King John is remarkable, but it is not considered the most successful according to England’s historical point of view. King John tried severally to repossess land in France, but he failed terribly.

The Reign of King John

Here are some highlights of King John’s reign.

King John ascended to the position of King when his brother Richard died on 6 April 1199. King John gained acceptance in Normandy and England and was crowned the King at Westminster on 27 May, Ascension Day. But Anjou, Maine, and Brittany were not happy for King John, so they declared for Arthur of Brittany, the son of Geoffrey. With the help of Philip II of France, Arthur fought King John for the throne. The dispute between King John and Arthur was consequential, but Philip eventually chose John instead of Arthur. King John paid the price by accepting to be Philip’s liegeman in Normandy and Angevin.

King John was dedicated to fighting to repossess his land in France. He, therefore, ordered every shipyard to offer at least one ship in 1203. The newly-built Portsmouth Naval Base was, however, required to provide many ships. This intense need to repossess his land was a blessing in disguise for the shipping industry. The move brought significant improvements in ship design. King John is recognized for founding the modern Royal Navy.

With the unfolding of war and revenge, Arthur tried kidnapping King John’s grandmother Eleanor of Aquitaine, at Mirebeau. He was unfortunately defeated and caught by the forces of King John. Arthur was imprisoned at Falaise, but he was transferred to Rouen. Arthur’s fate remained unknown since his capture. However, it is believed that he was murdered by King John, an act that qualifies King John as a ruthless leader.

King John and the Bordeaux

King John blocked the citizens and traders of Bordeaux from the Grande Coutume in 1203. The citizens were angered for losing the primary export tax. To revenge, Bordeaux, Bayonne, and Dax partnered and offered support to sabotage the acquisition of the French crown. The open ports allowed the Gascon merchants to access the English wine market for the first time in history. In 1204, John offered similar exemptions to Poitou and Rochelle.

The fall of Rouen in June 1204 made it easy for Philip to annex Normandy and parts of Poitou and Anjou. King John needed money for the army. The loss of French territories such as Normandy, however, cut on state income. Much tax was required to reclaim the lost territories.

Dispute with the Pope

King John was involved in a serious conflict with Pope Innocent III after the death of the Archbishop of Canterbury Hubert Walter on 13 July 1205. The rivalry was due to a disagreement over the rightful person to inherit office. The dispute became intense, and King John closed all the churches.

King John met other leaders and the French and Scottish allies at Runnymede, near London, on 15 June 1215. During this meeting, they agreed to sign the great charter, Magna Carta. The charter established the council of 25 barons. The charter also suggested new laws regarding illegal imprisonment, access to instant justice, and parliamentary assent for taxation. King John, later on, began looking for ways to break the charter as he did not seal it willingly but by force.

The Death of King John

King John got involved in a fatal train accident while taking a safe route around the marshy area. The accident dealt King John a heavy blow as it affected his state of mind and body health. King John succumbed to dysentery at Newcastle. King John was buried at Worcester Cathedral in the West Midlands. King John was succeeded by his nine years old son at his demise.