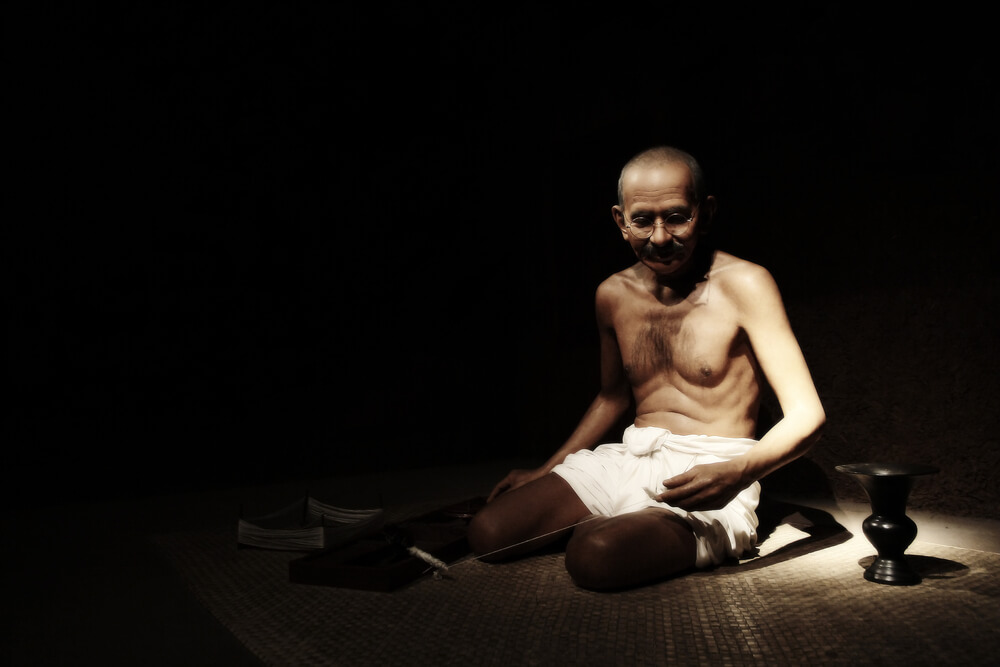 Today, Gandhi is a celebrated hero, not just in India but the world over. His birthday, October 2, is the world’s International Day of Non-violence. In India, the day is a national holiday.

Mahatma Gandhi’s non-violence philosophy can be traced back to his childhood, particularly to his deeply religious mother, who was a devoted Vishnu worshiper. Worshipers of the Hindu god were deeply influenced by Jainism, a religious group governed by doctrines of non-violence and self-discipline.

Gandhi As An Activist

Gandhi’s activism began in South Africa, where he was hired as a lawyer. Under the rule of the British and the Dutch, he, like other people of color, experienced constant discrimination. This prompted him to begin his campaign for civil rights through nonviolent resistance and satyagraha (firmness in truth). ‘Mahatma’ was an honorific Sanskrit name that translates to ‘venerable’ and was appended to his name during protests in South Africa.

In one instance, Gandhi led a campaign resisting the registration of the Indian population in South Africa that lasted for eight years. Towards its end in 1913, hundreds of Indians ended up in jail, with thousands of immigrant miners being flogged, imprisoned, or shot. The South African government finally yielded to pressure from the Indian and British governments in negotiations led by Gandhi and General Jan Christian Smuts.

He returned to his home country in 1914, where he inspired millions of his countrymen to resist unjust colonial measures with no violence. Gandhi’s campaigns were centered on India’s economic independence. For instance, he advocated for the manufacturing of hand-spun clothes known as khaddar that would replace imported textiles.