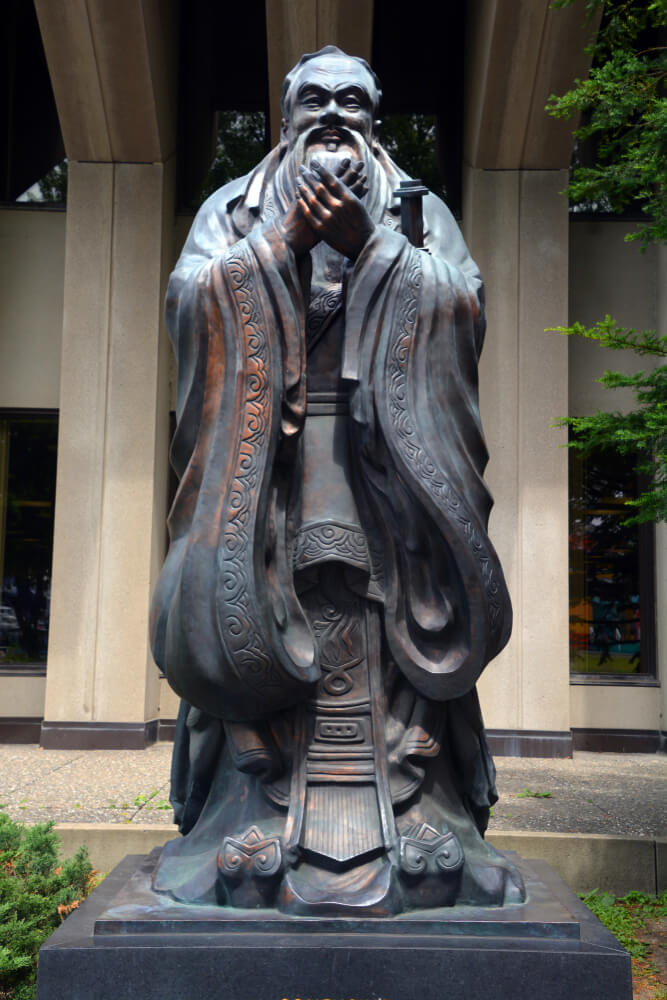 Confucius is one of the most famous ancient Chinese philosophers. His teachings are a moral and ethical compass for people wishing to live fulfilling and meaningful lives under Confucianism.

Early life and family of Confucius

Confucius was born on September 28th, 551 BBC in Lu state. During this time, the fall of the Zhou Dynasty caused war and chaos everywhere. When Confucius was about three years old, he lost his father in battle, and his mother raised him as a single parent.

Confucius worked as a shepherd, accountant and clerk to support his family. As a young man, he was a devoted student passionate about changing the world. At some point in his life, he explored politics to try and change governance in China.

Most of his philosophies encouraged equality, for leaders to treat others with respect and lead by example. Some leaders did not agree with his teachings, so he decided to start a school and share his wisdom with the younger generation. The main subjects he taught were ethics, history, philosophy and arts.

Although education was only for the rich, Confucius tried to accommodate people of all classes. He believed that the world would become a better place if more people lived well.

Confucius and The Golden Rule

This concept appreciates treating others how you would like to be treated and is popular teaching for most religions. Confucius also came up with other sayings that popularized his role as one of the most influential Chinese thinkers of the 6th century.