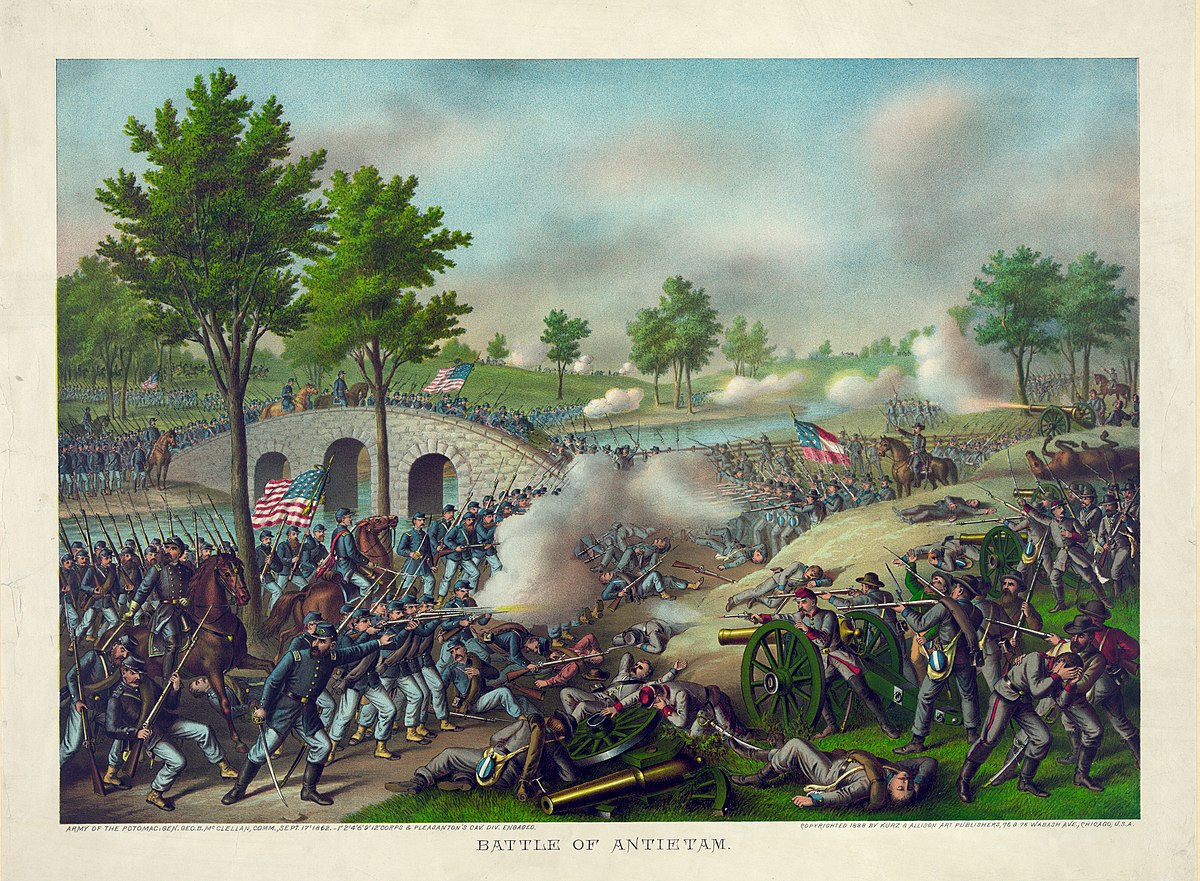 The Battle of Antietam, also called the Battle of Sharpsburg, was a battle between Union Gen. George B. McClellan's Army of the Potomac and Confederate Gen. Robert E.Lee's Army of Northern Virginia. It took place on September 17, 1862, near Sharpsburg, Maryland, and was the bloodiest day of the Civil war.

The Battle of Antietam is cited as having protected the Federal Capital from invasion, influencing Great Britain not to recognize the Confederacy and shaping the future of warfare in the Civil War that ended on April 9, 1865.

Following the Union Army's victory at Antietam, President Lincoln used the occasion to issue the Preliminary Emancipation Proclamation on September 22, 1862. The Proclamation announced that Lincoln would free all enslaved people outside Union-controlled territory if the Confederates failed to lay down their arms.