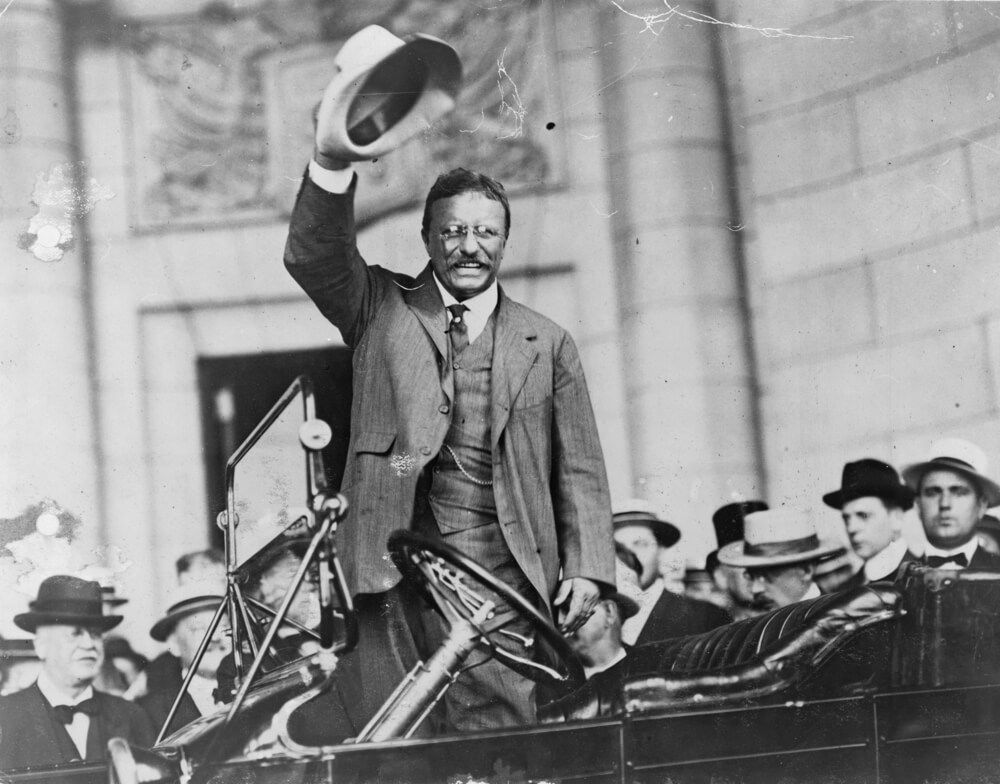 Following President William McKinley’s assassination, Theodore Roosevelt was sworn in as the United States president on September 14th, 1901. He was only 42 years at the time and became the 26th president of the United States. His inauguration was the fifth non-scheduled of its kind in the 20th century.

Roosevelt had developed an interest in politics at a very young age. He was elected to the New York State Assembly as a Republican at only 23 years. He was the youngest lawmaker in the state. He left politics in 1884 and retreated to his ranch in Dakota Territory following his wife and mother’s death.

He resumed politics in 1886 but lost New York City’s mayoral race. He was later elected as the city’s governor in 1898. Following McKinley’s win in the 1900 presidential election, Roosevelt became the vice president as he was the running mate. He was sworn into office after McKinley succumbed to gunshot wounds.

Apart from being young and physically strong, Roosevelt was a high achiever. Under his leadership, his administration confronted the struggle between corporates and labor. He will be remembered for the antitrust actions he spearheaded against monopolist corporations. He earned his reputation as a conservationist after setting aside more than 200 million acres for reserves, national forests, and wildlife refuge centers.