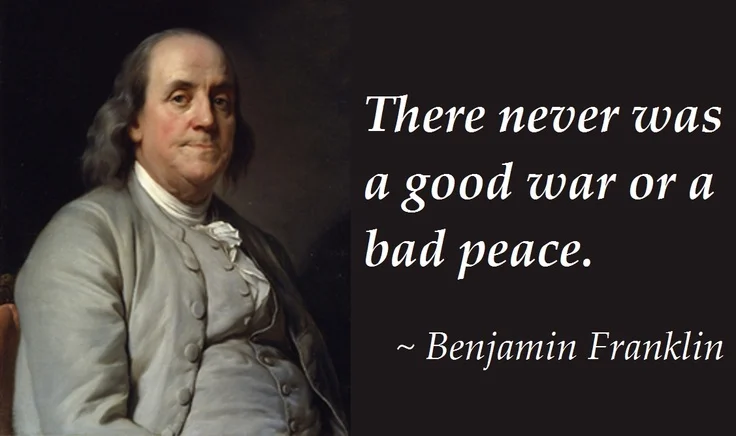 On this day, September 11th, 1783, after the signing of the Treaty of Paris, Benjamin Franklin declared that there was never a good war nor a bad peace. This was to signify that war is never good for prosperity and peace, no matter who or what it involved.