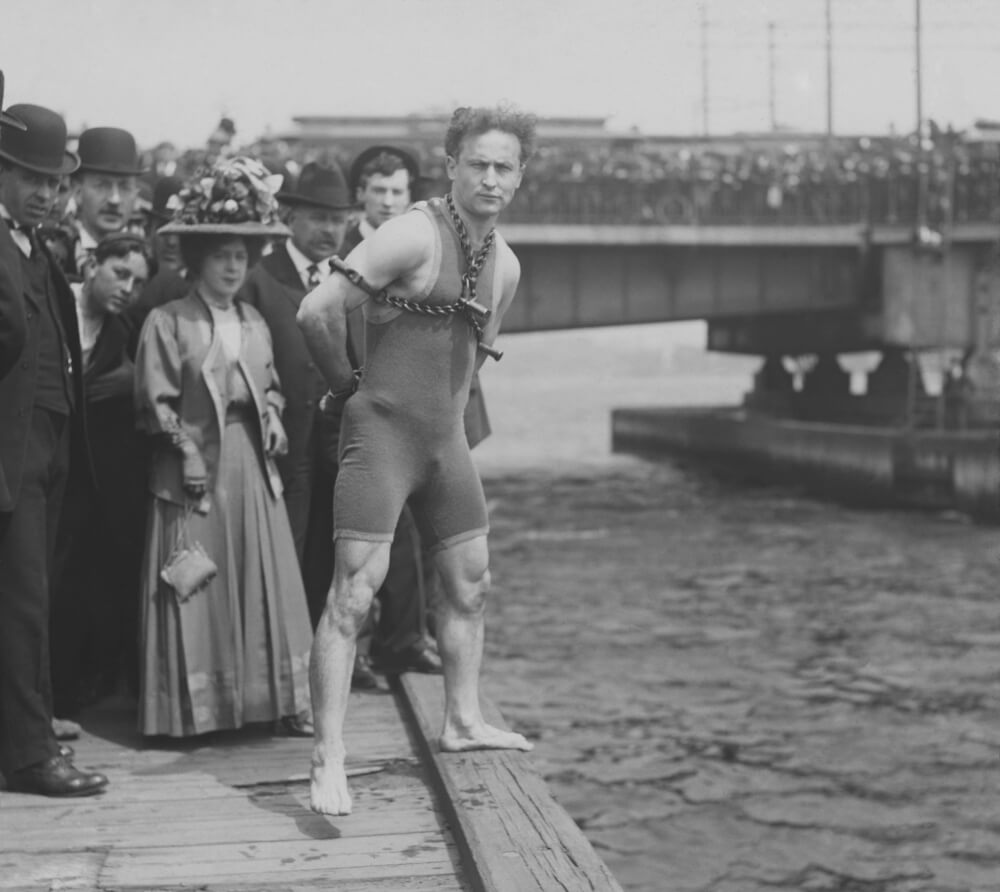 Mesmerized with magic as a child, Hungarian-born Erik Weisz first attracted attention in the United States while performing in vaudeville. While he and his brother were performing in Coney Island, he met Wilhelmina Beatrice “Bess” Rahner, a fellow performer they later married. He was known more famously as Harry “Handcuff” Houdini while traveling on tour through Europe. He changed up his repertoire to escape from a milk can underwater, straitjackets, and chains. Houdini was a stunt performer and illusionist but was best known for his escape acts.

On August 26, 1907, at 12:30 pm, he had a performance at the Aquatic Park in San Francisco. Handcuffed with his hands behind his back, then ball and chain in over 75 pounds (34.02 kg), the illusionist jumped into the San Francisco Bay from the foot of the Washington Street Pier. He escaped from under the water, where the tides and currents were powerful in 57 seconds. He later performed this escape many times.

On October 31, 1926, Harry Houdini died, aged 52, at Detroit’s Grace Hospital in Room 401, from an appendix that ruptured, causing peritonitis. Houdini performed his last performance on October 24, 1926, in Detroit, Michigan, at the Garrick Theater. He performed in extreme pain that evening with a fever of 104 degrees Fahrenheit (40 °C). Houdini saw a doctor that diagnosed him with acute appendicitis and needed urgent surgery. He continued with the show ignoring the advice of the doctor. He became hospitalized at Grace Hospital after passing out during the show, where he later died.