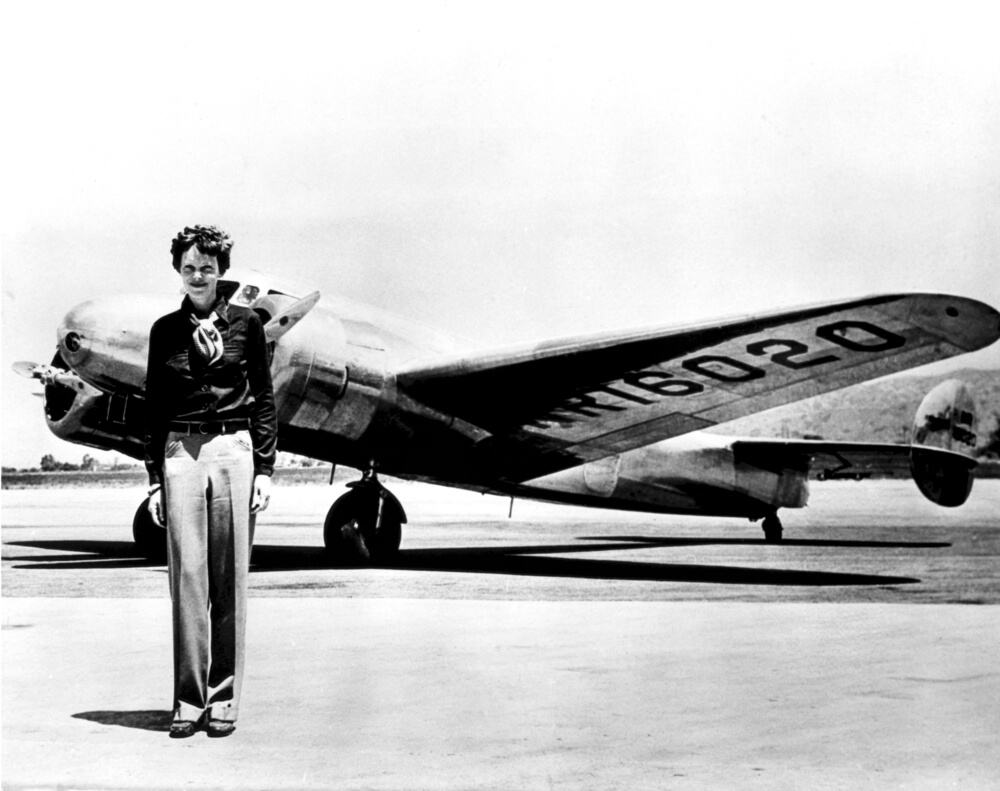 Amelia Earhart was a notable female pilot who was born on July 24, 1897, and mysteriously disappeared on July 2, 1937. Apart from her transcontinental flight record on August 25, 1932, she also set many other significant records before.

Amelia was born in the United States in Atchison, Kansas. She took her first flight in December 1920 and purchased her first plane in 1922, a second hand, two-seat Kinner Airster. She came into the spotlight in 1928 as the first female flying across the Atlantic, although male pilots accompanied her.

Later, she decided to fly alone. On August 24, 1932, Amelia flew Lockheed Vega 5B from Los Angeles and landed in Newark one day later, covering 2,447.8 miles in 19 hours and 5 minutes. Earhart’s average speed for this record-breaking flight was 128.27 miles per hour, and she mostly flew at an altitude of 3333.3 yards.

Amelia Earhart completed her nonstop, solo, transcontinental flight on August 25, 1932, and became the first-ever female to achieve this accomplishment. A year later, Amelia set a new transcontinental speed record, completing the same flight in a record of 17 hours and 7 minutes.

She was the first woman and the second person ever to fly solo and nonstop across the Atlantic. This was followed by Amelia achieving several other milestones during her aviation career. However, leaving Oakland, CA, Earhart took her last flight, and on July 2, 1937, her glorious life and career ended. This flight resulted in Earhart’s plane vanishing mysteriously along with her navigator, Fred Noonan.