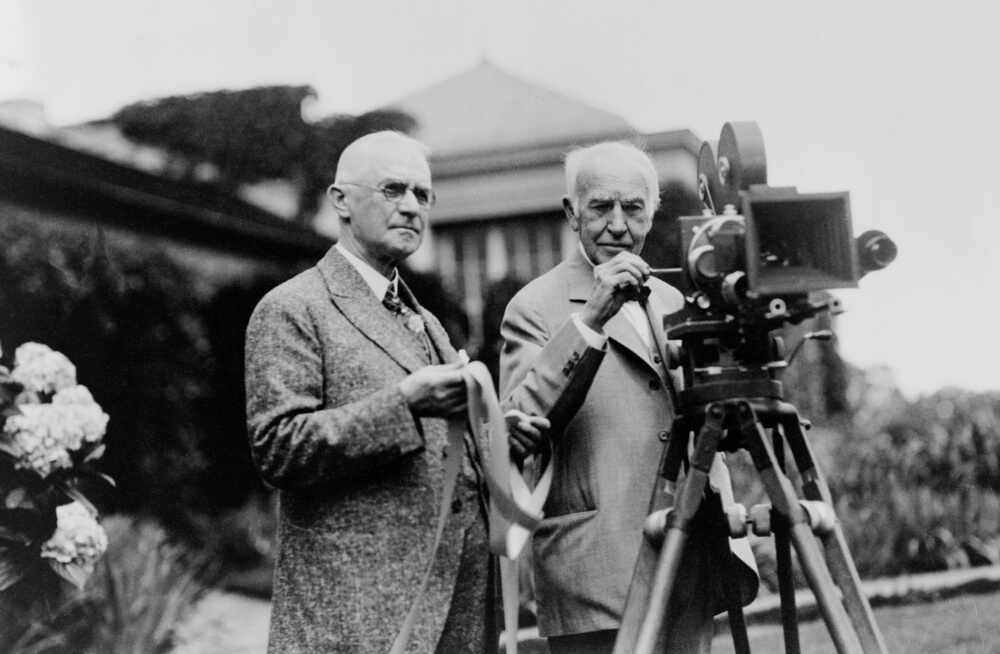 On the exciting day of August 24th, 1891, Thomas Edison was awarded a patent for his ingenious new invention: the Kinetograph. This first-of-its-kind motion picture camera was made using a wooden cabinet, about 50 feet of 35 mm film and an electrically driven sprocket wheel.

To watch a movie, viewers would look into a peephole at the top of the box, where a magnifying lens allowed them to see images inside. At the bottom of the box, an electric lamp and revolving shutter were respectively used to light images and still frame the feel of a moving picture.

Previous to this point, other devices had been created to show projected images, including “magic lanterns” that used glass slides to display images; however, the invention of the Kinetograph was much more cost-effective and influenced motion picture devices for years to come.

On May 20, 1891, a prototype was brought to the National Federation of Women’s Clubs, where spectators could view short glimpses of frames on 18 mm film rather than the final 35 mm product. The Kinetoscope was completed in 1892, with the help of several of Edison’s assistants: photographer William Kennedy, Laurie Dickson, Charles A. Brown and other laboratory assistants.

How much work Edison himself performed on the Kinetograph is widely contested. Although he originally conceived the idea, the physical execution and creation of the Kinetograph are thought to have been largely performed by his laboratory assistants. Despite allegedly not having worked on the invention much himself, Edison took sole credit for its creation.