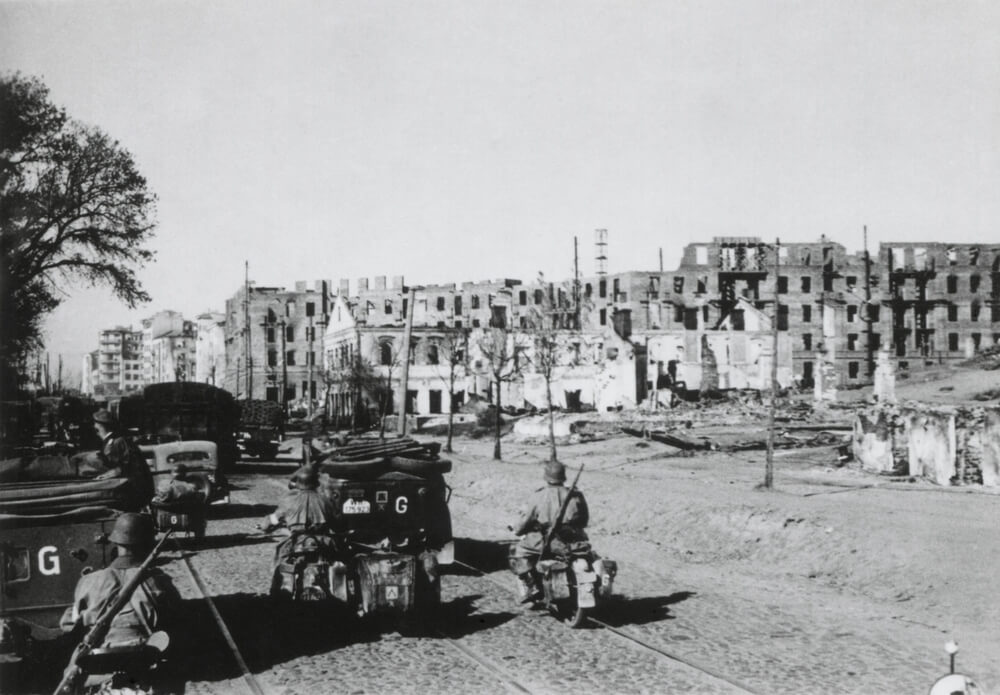 On the morning of August 14, 1945, the news that Japan had surrendered and effectively ended World War II was met with overwhelming celebration across the world.

Times Square was marred with throngs of excitement as exhausted Americans held up newspapers with their hands forming a ‘V’ to represent victory.

One of the most unforgettable images marking the celebration included a famous kiss between a sailor and a nurse. The day later came to be known as Victory over Japan Day or simply as V-J Day.

The First World War had created instability in Europe, setting the stage for another international conflict led by Adolf Hitler. In September 1939, he invaded Poland, driving France and Great Britain to proclaim war upon Germany, signaling the commencement of World War II.

Hitler then made treaties with Japan and Italy to further his world domination ambitions.

During this time, America was determined to stay out of World War II. However, on December 7, 1941, they faced a devastating surprise aerial attack on the U.S. Naval Base on Oahu, Hawaii, by Japan. This led to deteriorating relations between the two nations, and the United States declared war.

Over the next three years, the Allies waged a one-sided war against Japan using superior technology leading to hordes of casualties.

On July 26, 1945, the Allied leaders announced The Potsdam Declaration that encouraged Japan to surrender in return for a peaceful government or face complete and utter destruction.

In Tokyo, the Japanese government declined to surrender, leading to the catastrophic atomic bombing of Hiroshima and Nagasaki that led to the death of over 110,000 people.

The next day, the Japanese government issued a statement accepting the terms of the Potsdam Declaration, effectively ending World War II.