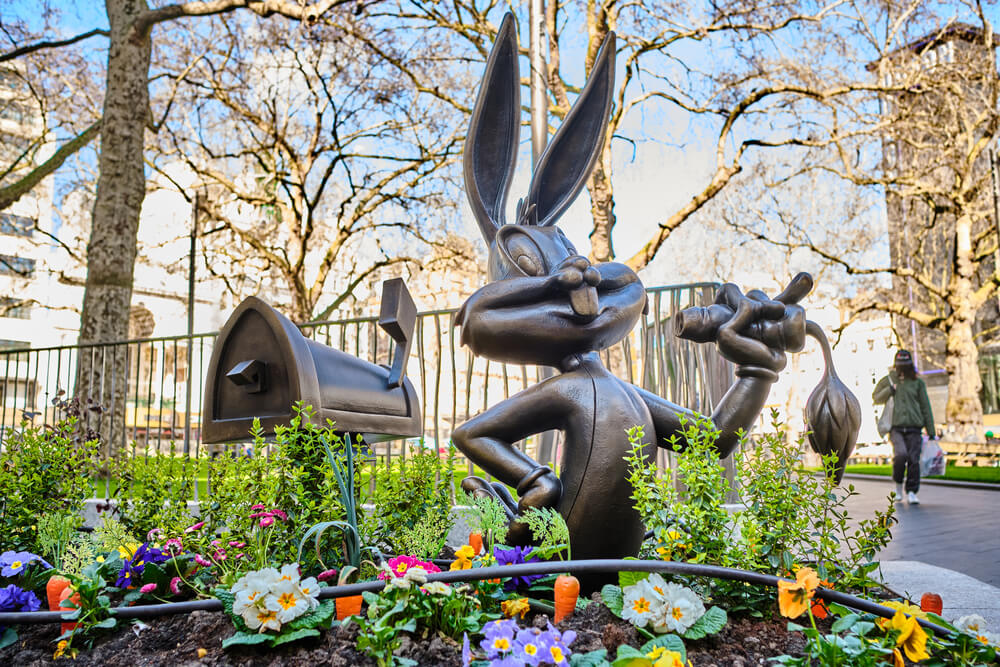 Everyone who enjoys cartoons must know a thing or two about Warner Bros, though a few may know about Bugs Bunny, an animated cartoon character that debuted on July 27, 1940.

Bugs Bunny is known for starring in Merrie Melodies and the Looney Tunes series of short cartoon films Warner Bros produced. The character Bugs Bunny was created by Bob Givens and Tex Avery. He first debuted in “Wild Hare.”

Bugs Bunny became the darling of many Americans during the Golden Age of American Animation. He also became an American icon and Warner Bros corporate mascot. Mel Blanc was the original voice behind Bugs Bunny, though he’s voiced by many different actors today.

Bugs Bunny is a gray anthropomorphic hare that many people admire for being relaxed and having a passive personality. Many people also like his Mid-Atlantic accent, described by Blanc as a mixture of Bronx and Brooklyn accents.

Bugs is depicted as a mischievous trickster, with his catchphrase “Eh, what’s up, Doc?” that he usually says while chewing carrots.

Bugs Bunny has featured in many commercials, amusement park rides, award shows, video games, comic books, music records, TV series, compilations, feature films and short films. No cartoon character has appeared in more feature and short-length films than Bugs. It’s interesting to note that he’s the 9th most featured film personality globally and has a star on the Hollywood Walk of Fame.

According to Craig Chase, the writer and artist behind the very first Bugs comic Sunday pages and comic book, Bunny wasn’t a one-man creation. Instead, he is a cartoon character that represents the creative prowess of about five to six directors and several cartoon writers. During the time of his creation, cartoon stories were created by groups of people, with each suggesting various gags. Stories were discussed, and they finally came up with the final version, bringing us the Bugs Bunny we know and love today.

In 2002, TV Guide listed the top 50 all-time greatest cartoon characters, and guess what? Bugs Bunny emerged at the top. This made a TV guide editor describe Bugs as the greatest comedian during a CNN broadcast. He said that Bugs was well written, beautifully drawn and has thrilled many generations.