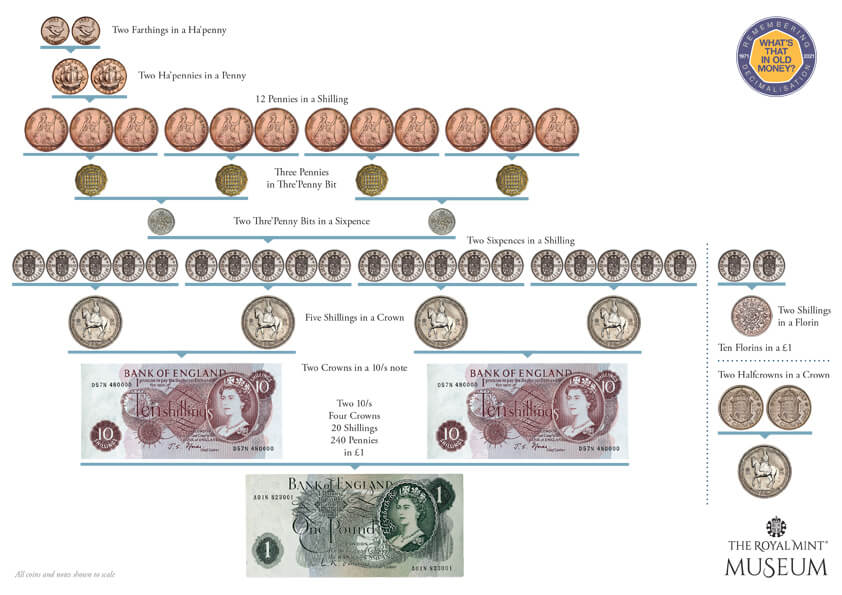 On April 23, 1968, Great Britain began its transition away from its traditional system of money into the simpler decimal system that it uses today. It did this by introducing the 5 new pence and 10 new pence coins to replace the shilling and the florin. The British government hoped that, by entering the new coins into circulation a few years before the transition was to officially take place in 1971, people would have a chance to get used to the new system bit by bit.

The traditional system of money in Britain began with the pence, the smallest coin. Twelve pence made a shilling, the next most valuable coin. Two shillings made a florin. Ten florins made a pound. This was not exactly an intuitive system, and there had long been a movement in Britain to replace this clunky system with something simpler. Under the new system, there would only be pence and pounds, and there would be 100 “new pence” to the pound.

This terminology meant that, for some years, there were two different denominations called “pence” with two different values: the old pence and the new pence. This confused a lot of people. Many people thought the new 5 pence coins were equal to 5 of the old pence when they were, in fact, equal to 12 of the old pence. As a result, a lot of shop owners simply refused to take the new coins. In time, though, people got used to the new system, and the old coins were retired from circulation.