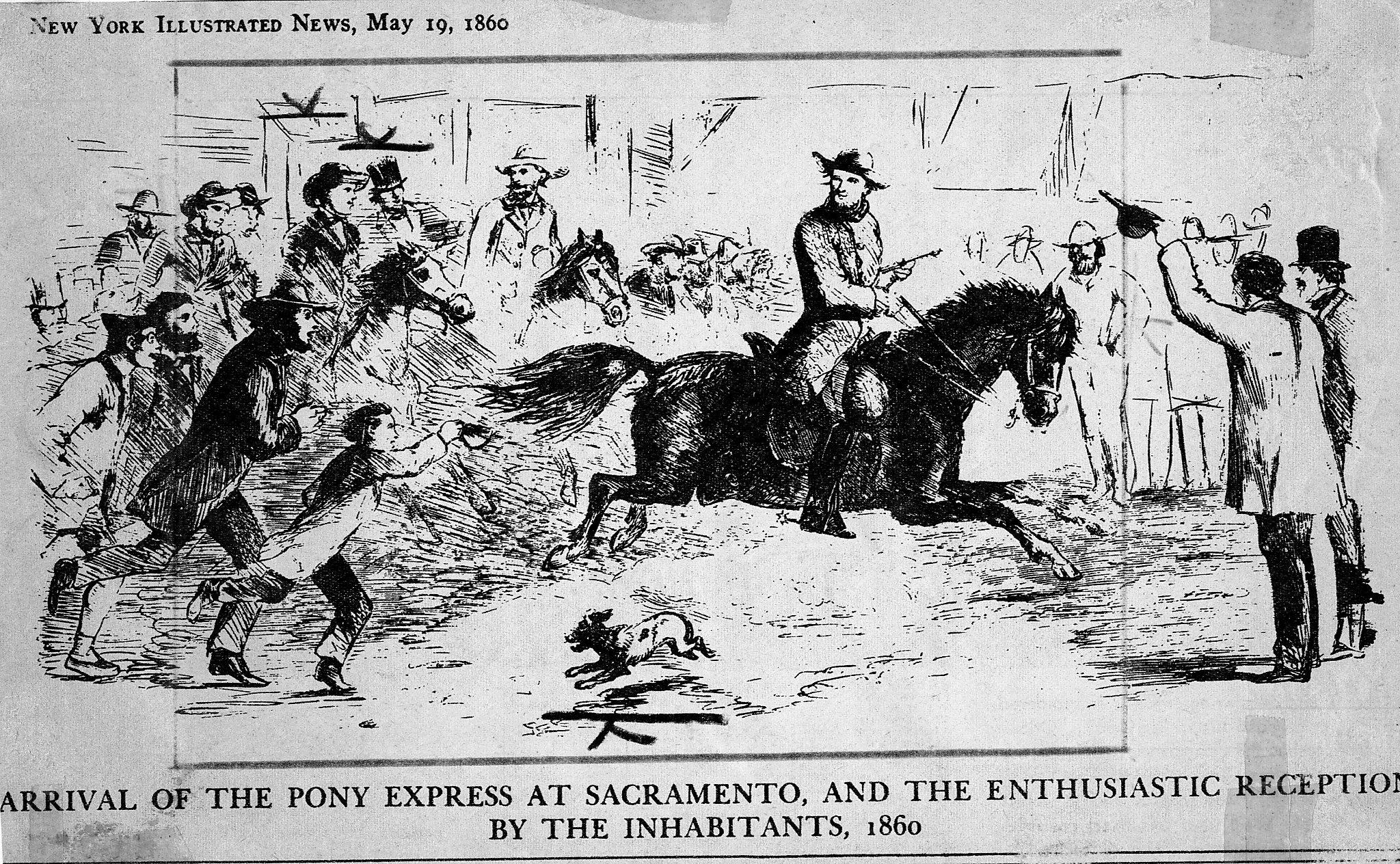 On April 13, 1860, the first Pony Express mail was delivered in Sacramento, California, after ten days of travel. The Pony Express was a United States mail delivery service. Despite the general ubiquity of its name, it was actually extremely short-lived. In operation from April 3, 1860 to October 26, 1861, the Pony Express delivered mail on horseback through vast swaths of the country, from California to Missouri, and with remarkable speed. In fact, the services of the Express shortened delivery time by roughly ten days.

Due to this efficiency, the service became the standard means of East-West communication throughout its 18 months in operation. One of the service’s greatest contributions is to the state of California, as it was being newly incorporated into the rest of the United States during this period of time. The communications carried out by the Pony Express were instrumental in the successful facilitation of this process.

Despite the service’s great contributions, it was not considered to be a financially successful venture and went bankrupt after a year and a half in operation. The timing of the service’s downfall coincided with the mainstream implementation of the transcontinental telegraph, which allowed for much faster communication.

Today, the Pony Express occupies a unique place within American history and culture. Despite its overall short lifespan, upon cessation, the service was swiftly romanticized; and, on a more long-term scale, became an integral component of the archetypal American West. This is believed to be due to the rugged individualism the service and its riders grew to represent, a type of individualism that is distinctly American historically and in modernity.