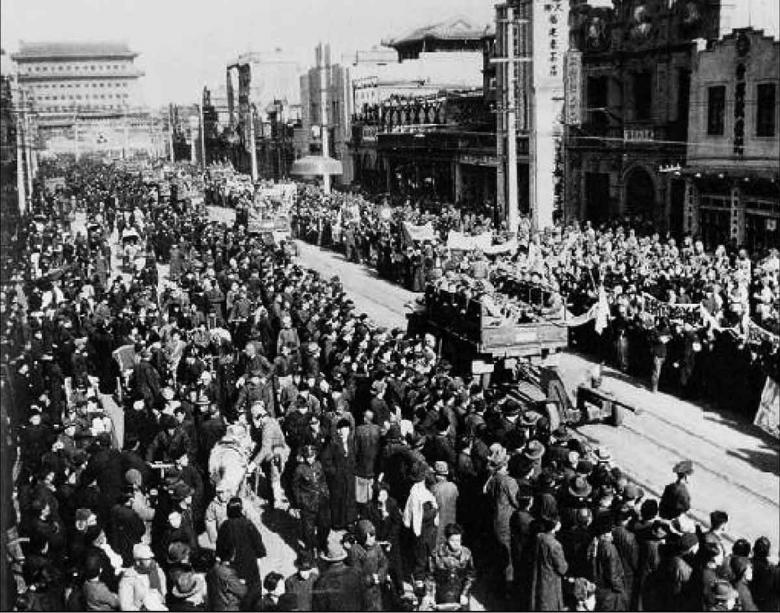 On April 12, 1927, the Shanghai massacre occurred in the eastern city of Shanghai, signaling the start of the Chinese Civil War. Also known as the April 12 “Purge” or “Incident,” forces aligned with General Chiang Kai-shek and the Chinese Nationalist Party violently suppressed leftist organizations and factions in Shanghai. Those most specifically targeted were individuals associated with the Chinese Communist Party.

After the initial massacre, conservative aligned forces went on to conduct similar attacks in other cities, including Guangzhou and Changsha. The Shanghai massacre is often referred to as the April 12 Purge because Kai-shek and his forces intended to purge communists from all positions of leadership and power in order to squash the communist movement.

The attacks in Shanghai, Guangzhou, and Changsha ultimately lead to an ideological split in the conservative Chinese Nationalist Party. It became divided into left and right-wing factions, with Kai-chek establishing himself as the leader of the right-wing faction. Kai-chek and his faction became based in the city of Nanjing; the left-wing faction, led by politician Wang Jingwei, settled in Wuhan.

Despite the threat of further violence and public beheadings, members of the Chinese Communist Party continued to organize. This led to the Guangzhou Uprising in December of 1927, the same year as the Shanghai massacre. This uprising ended in similar bloodshed, however, as the government overpowered those aligned with the communist movement. This specific uprising was suppressed as a result of the violence. However, the brutal events that took place served to galvanize communists in other cities and spur further political action across the country.