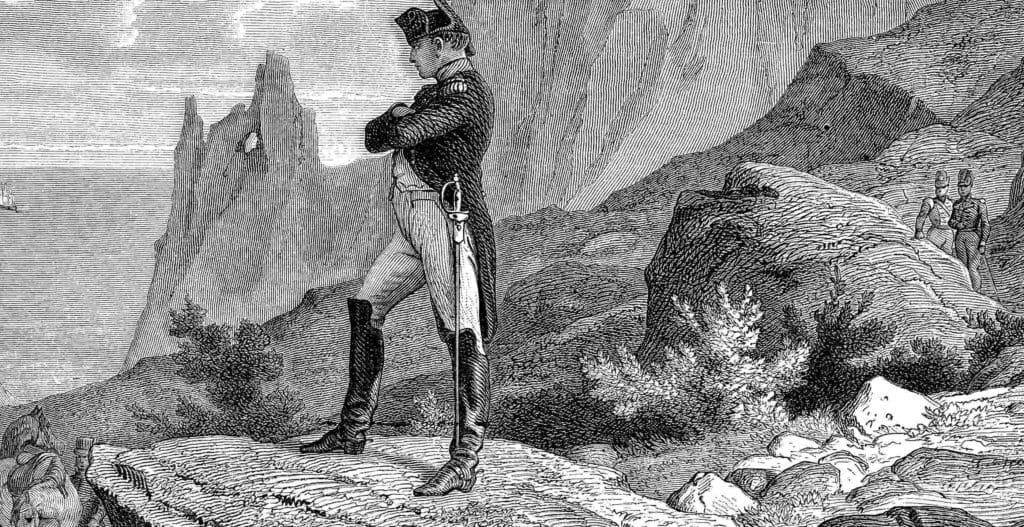 On April 11, 1814, Emperor Napoleon Bonaparte was forced to abdicate the throne of France unconditionally. Bonaparte is one of the most outstanding military leaders in history. Before his rise to power as the emperor of France in 1804, Napoleon fought in the French Revolution and gained military recognition for his success in dominating a large part of Europe.

The allied European powers declared Emperor Napoleon the sole hindrance to the re-establishment of peace in Europe, so they united to overthrow him. In 1812, the unyielding Napoleon launched a military invasion against the Russians. He believed Russia was plotting an alliance with England. Unfortunately, this invasion ended with Napoleon’s troops and officers retreating from Moscow in defeat.  Over two decades of warfare had officially come to an end.

By 1814, Napoleon no longer had the support of his army, so he offered to step down in favor of his son. This condition was rejected, and Napoleon was forced to bow to the inevitable. With the end of his reign as emperor of France, a treaty was negotiated and signed in Fontainebleau, France, on April 11, 1814, between Napoleon and Austria, Russia, and Prussia representatives.

The Treaty of Fontainebleau stripped Napoleon of his powers and his military. In surrender, he was banished to the Mediterranean island of Elba. Additionally, his family members and successors were prohibited from acquiring power in France. This treaty also declared the island of Elba as a completely separate entity and assigned Napoleon the Princedom of the island and an annual pension.