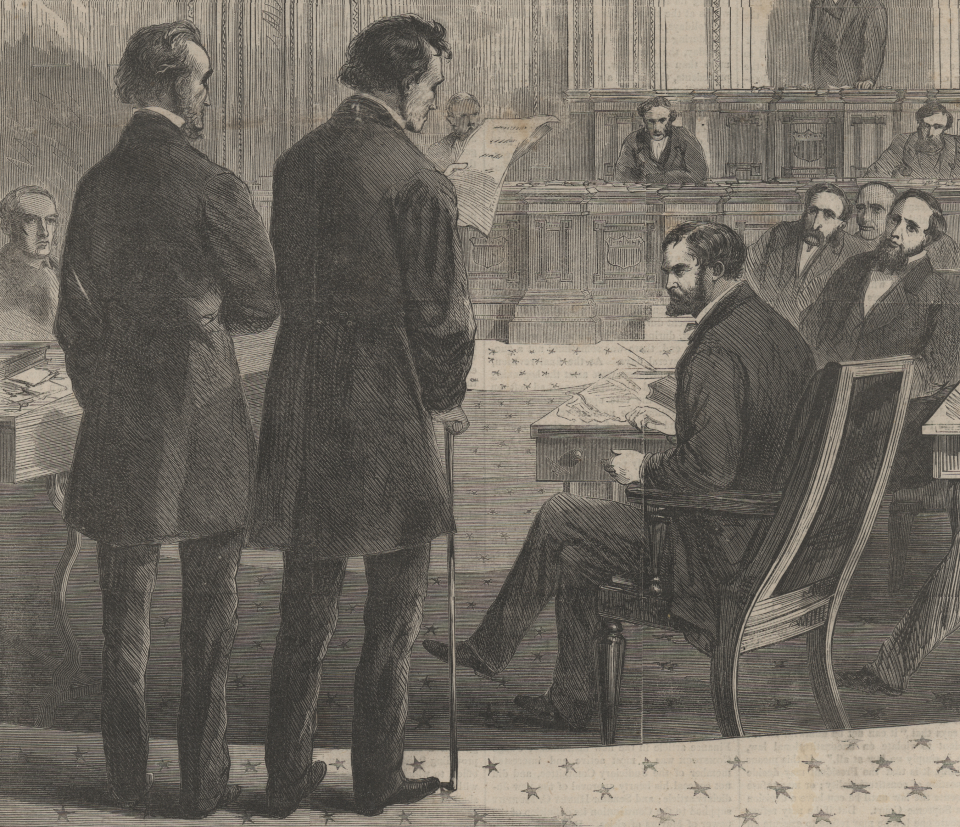 February 24, 1868. The Civil War had been over for a few years, and the Reconstruction wasn’t going well. Lincoln had been assassinated and replaced with Andrew Johnson, a Southern Democrat with a strong sympathy for the Confederate rebels.

The Northern Republicans who dominated Congress after the Civil War wanted to give former slaves immediate citizenship, the right to vote, and financial assistance, believing that this was the only way to get the country back on track again. However, Johnson opposed them at every turn. He pardoned rebel soldiers, pursued a very lenient policy with the former Confederate states, and regularly vetoed crucial Reconstruction legislation. Congress was angry and felt that Johnson was single-handedly trying to derail Reconstruction. They were therefore looking for any way they could to remove him as an obstacle.

They found that way in Edwin M. Stanton, the Secretary of War. Johnson had been intimating that he wanted to remove Stanton from his post. Congress passed a law, the Tenure of Office Act, designed specifically to stop Johnson from firing him. Johnson did anyway. On February 24, 1868, the House responded by impeaching him. This was the first time in history that any president had been impeached.

After that, the Senate held a trial to decide whether to remove him from office. The prevailing wisdom was that it would, as Johnson’s violation of the law was flagrant. However, it fell one vote short of the two-thirds majority needed to remove him from office, so he remained free to serve out the remainder of his term. He did not run for the presidency again after his term ended.