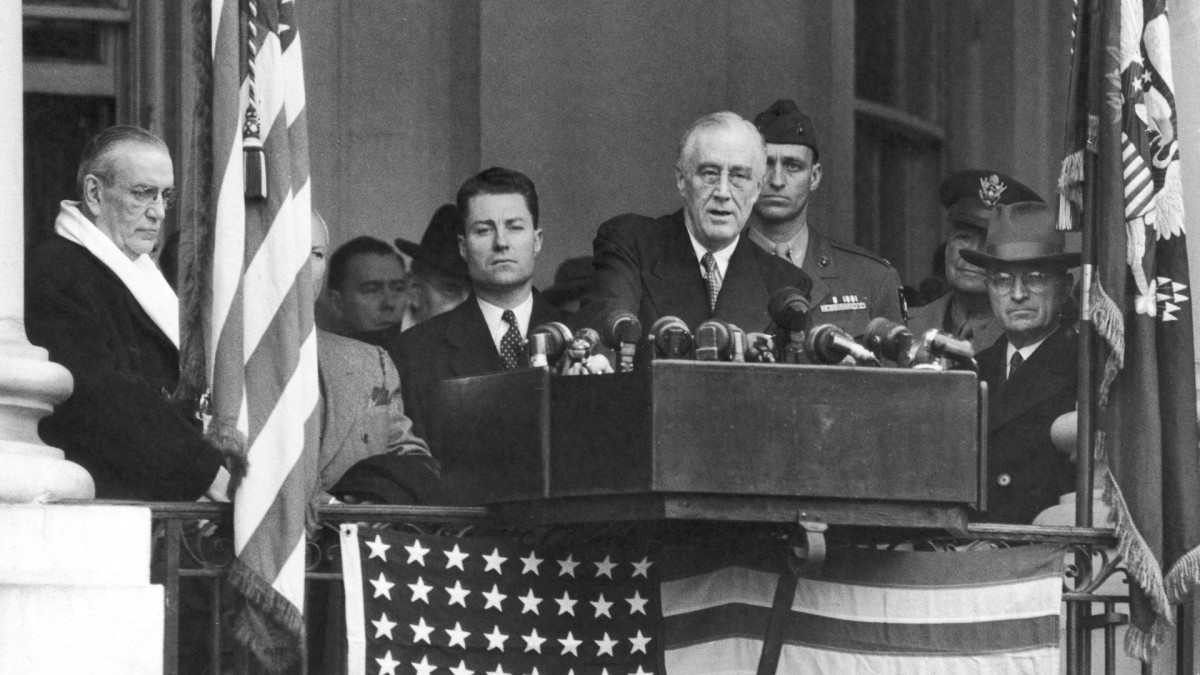 Born in 1882, New York, Franklin D. Roosevelt, also referred to as FDR, demonstrated indomitable competence in public service. He became the first and only president of the United States to be inaugurated for a fourth term. Roosevelt overcame personal and political hurdles emerging as one of the most influential and revered presidents in history. On January 20, 1945, he was sworn in for his fourth presidential term after defeating Dewey by 54 percent of the popular vote.

At the time, a president would seek re-election more than twice before the 22nd Amendment that limited the presidency to only two terms. During his office tenure, President Franklin D. Roosevelt, a Democrat, presided over the Great Depression and World War II, two of the biggest crises in history. By his fourth term, and as the war was nearing its end, Roosevelt’s health declined, and in less than three months into his presidency, he died of an intracerebral hemorrhage on April 12, 1945, at Warm Springs, Georgia.

His fourth re-election was primarily based on his post-war recovery platform and the previous transformative record. For instance, his endeavor through neutrality legislation to keep the country out of the war in Europe, his earlier recovery program for agriculture, business, and unemployment relief led to his subsequent election success. Roosevelt also supervised the effort and support needed to win the war by initiating the Lend-Lease program.

Also, The Pentagon was constructed during his presidency and the initial development of the first atomic bomb that later established the United States as a world superpower.