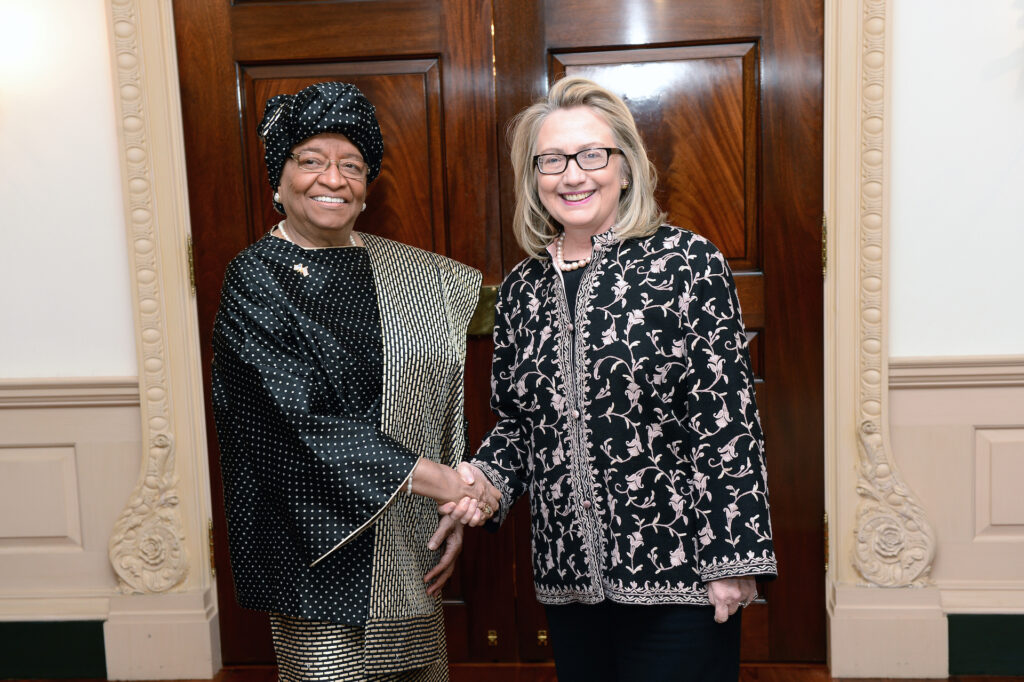 On January 16, 2006, history was made as Nobel Laureate Ellen Johnson-Sirleaf was sworn into office as Africa's first female president.

Ellen Johnson-Sirleaf was born on October 29, 1938, in Monrovia, Liberia, as Ellen Eugenia Johnson. Despite the impoverished conditions in which both of her parents were raised, politics were a family affair. Her father, Jahmale Carney Johnson, received his education in Monrovia. It was here that he changed his surname to Johnson in honor of the country's first native-born president, Hilary R. W. Johnson.

Like her father, Ellen Johnson-Sirleaf was educated. She attended the College of West Africa from 1948-1955 before marrying James Sirleaf at the age of 17. The couple had four children, and Ellen paused her schooling. However, she earned her degree in the US, with her Associate's Degree from Madison Business College and her Bachelor's Degree from the University of Colorado. While studying in the US, the couple divorced, citing James's abuse.

Ellen Johnson Sir-Leaf entered the political world with controversy. In 1985, she ran for Vice President under Jackson Doe. However, she was arrested for sedition after insulting members of Doe's party. Instead, she was given a Senate seat. However, she declined it due to election fraud. She was eventually released and returned to the US.

In 2005, Ellen Johnson-Sirleaf won her presidential election and became Africa's first female president. Before her election, the woman of steel served in the transitional government as chair of the Governance Reform Commission. She played a vital role in the country's anti-corruption efforts.

Her term in office was marked by economic prosperity for the country. She focused on helping the country heal and rebuild, attracting over $16 billion in foreign investment.

She was often known as Africa's Iron Lady and received the Ibrahim Prize for Achievement in African Leadership and the Nobel Prize (2011).